Type your search terms above and press return to see the search results.

Empathy is at the heart of design. Without the understanding of what others see, feel, and experience, design is a pointless task (Brown, 2013). Yet empathetic responses remain relatively understudied, especially in relation to indigenous peoples and effective inclusive visual rhetoric in communication design.

Examining design’s capacity to become ‘a visible part of the ongoing living narrative of culture’ raises questions about Australia’s visual national identity, and if this is comparable to Australian history and society as a whole (Woodward, 2008). The representations of Indigenous narratives within Australian society are often marginalised, especially amongst national campaigns and media depictions. 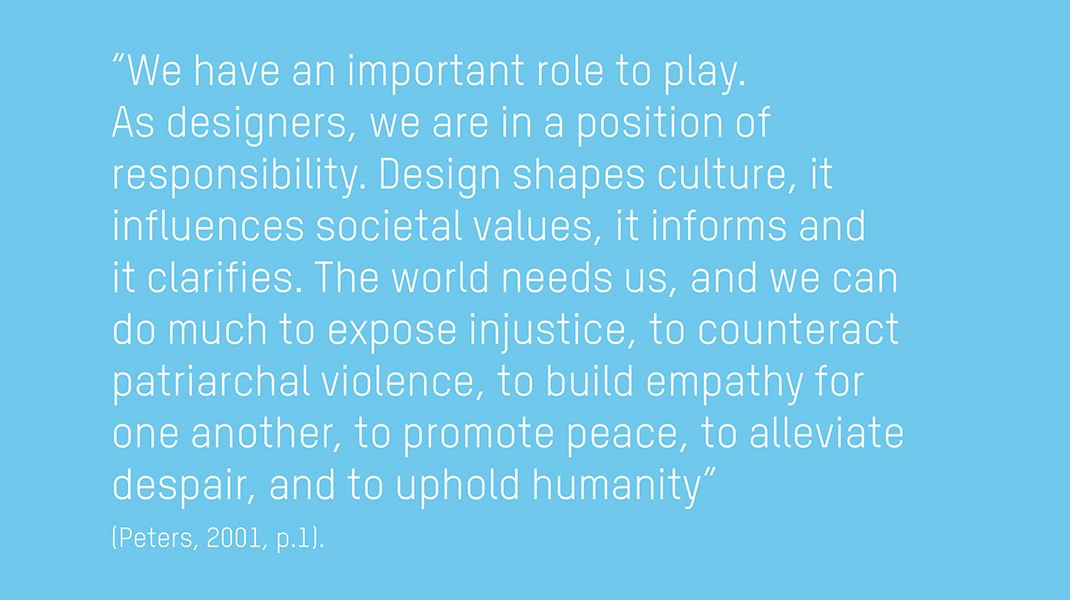 This unpublished study sought to understand the effectiveness of empathy within communication design, specifically amongst Aboriginal and Torres Strait Islander peoples and their marginalization and cultural and social exclusion within Australia.

Previous studies reveal successful communication campaigns cross-culturally have several common themes, one of those being the creation of empathy (Meyers, 1996). Yet studies have also shown, personal experiences and their effects on empathy can lead to false assumptions about social or cultural groups (Rijn et al, 2011).

Case studies were examined across Australia, documenting and critiquing communication campaigns that promote empathy with the first peoples. As designers need to not only consider the person viewing an advertisement, but also consider that person’s cultural experience as a whole, creating empathic designs needs to be base in ethnography and the necessary recognition of cultural traditions and behaviours that must precede any design activity within an epistemological setting.

By creating ethnographically-informed design solutions that include those marginalized and under-represented, it allows for a continued dialogue around bridging the gap of the ‘other’, dispelling stereotypes and social exclusion.

Situated in the field of cross-cultural design, this project is a proposed inquiry into Indigenous representation in Australia, locating the topic in context of critical review to highlight the need for further research on empathetic attitudes and designing campaigns for Indigenous cultural inclusion in Australia.

An empathic design approach will be taken, to allow open-ended interpretations based on experiences, imagination and collective sharing, as studies are done ‘not for their own sake, but for the thinking process they generate (Mattelmaki, 2011).

This project presents a case for further research into national attitudes and opinions and specific strategies to create empathy within Non-Indigenous Australians around the challenges, culture and shared experiences of Aboriginal and Torres Strait Islander people. I believe we, as a country, collectively need to communicate and celebrate both our differences and commonalities to create a more inclusive culture, based on respect and understanding.